MBELILING MOUNTAIN ECOLODGE – THE PLACE TO BE DURING LOCKDOWN

THE PLACE TO BE DURING LOCKDOWN

A tour based at the Mbeliling Mountain Ecolodge has many attractions – a safe COVID environment, peace and quiet, healthy organic food, beautiful scenery, healthy climate, hiking and its main attractions birds. Detlef Davies, a professional birder and investor in Ecolodges Indonesia has highlighted some of the birds seen by Valery Scholaert, a professional Belgian birder https://holisticbirding.wordpress.com/splendid-birding-spot-mbeliling-mountain-ecolodge-flores-indonesia/  There are many more birds often seen or heard such as the Black-naped Oriole, Moluccan Scops Owl, Red cheeked Parrot and more.

Ecolodges Indonesia (ELI) was proud to open this new Lodge in the western part of Flores in 2019, within easy reach of the western town and airport of Labuan Bajo. Set in the hill forest close to the main road linking Labuan Bajo with the central towns of Ruteng and Ende, it is bound to attract visitors keen to find the special and endemic birds of Flores.

Now in 2020, it was not long before the dangers of Covid19 reached Indonesia which soon put the island of Flores into lockdown and people could neither arrive nor leave. Fortuitously there were guests at the Lodge at that time, Valery Scholleart and his wife, Marinella Mejia, keen birders from Belgium. With no choice but to continue their stay, it provided an excellent opportunity to study and photograph many of the island’s native birds in great detail. Here are some of the birds featured in Valery’s accounts shared with some of EI’s bird-loving shareholders and some of their photos: 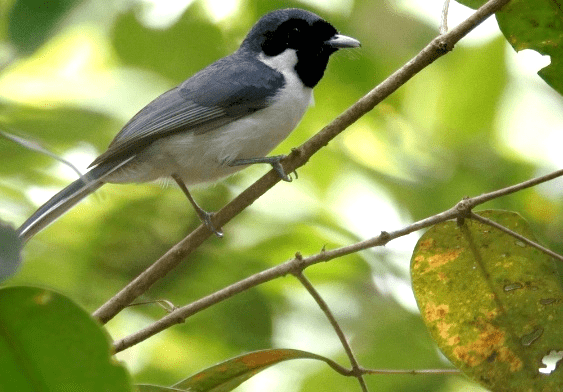 This is one of the most range-restricted birds seen at the Lodge, being confined to Flores and only in the forests of the far western part of the island. It is threatened by ongoing forest clearance and Mbeliling is therefore an important location, near the top of its altitudinal range. 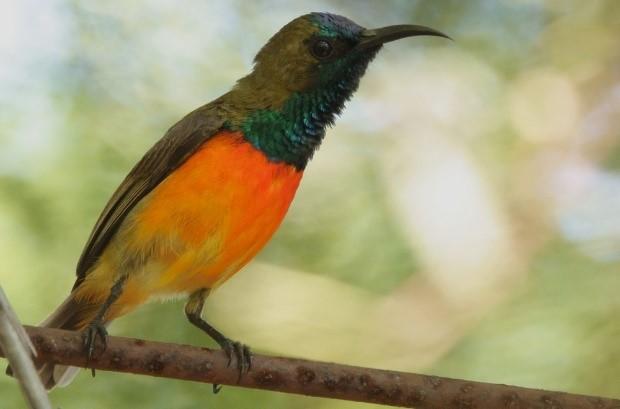 A locally common species but confined to the Lesser Sundas, occurring on the main islands of Sumbawa, Flores and Timor. Valery and Marinella enjoyed watching the beautiful male from the balcony of the Lodge, feeding at the flowering shrubs. Also present and more widespread are Brown-throated and Ornate Sunbirds.

These two species, although belonging to the white-eye family, do not resemble typical white-eyes at all. Both are restricted to Flores and Sumbawa and occur in mid-altitude forests where they are not uncommon but declining through forest clearance. Thick-billed in particular is quite confiding and Valery and Marinella observed juvenile birds being fed at Mbeliling, indicating recently successful breeding. Like so many other

special birds of Flores, little is known about their breeding, distribution, food and habits. 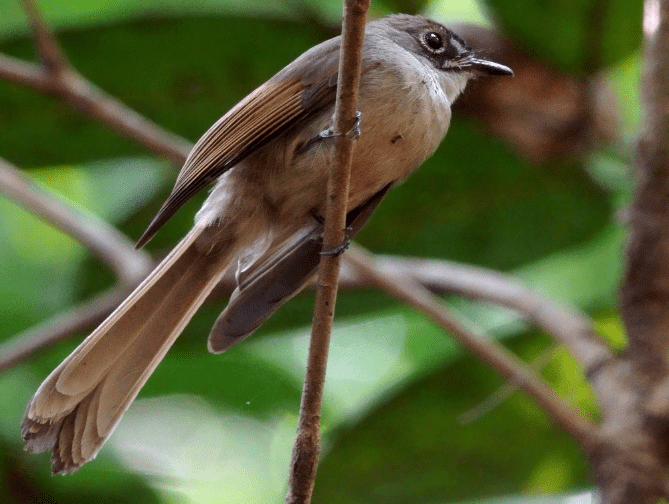 Indonesia has many species of fantails, some very range-restricted and little studied. Taxonomy is still changing. Brown-capped, also called Trumpeting Fantail on account of its strange repeated call, is the duller of the two species on Flores. The other Flores species, known as Supertramp Fantail is more widespread and similar to the Australian Rufous Fantail. 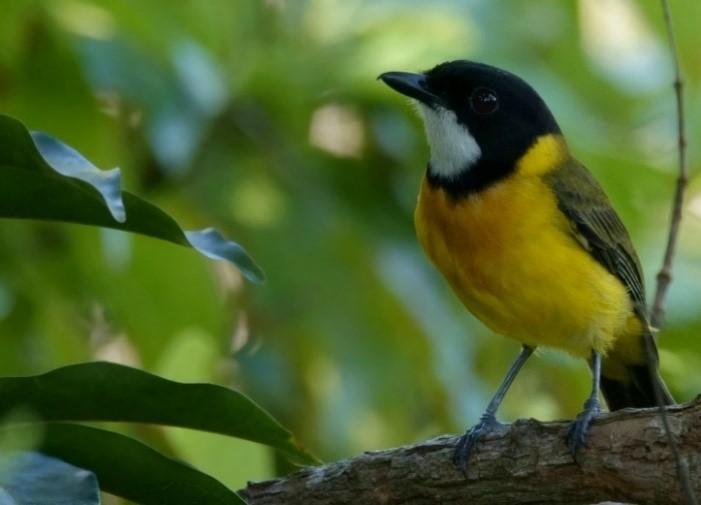 This is one of a number of similar-looking whistlers with a striking black, white and yellow pattern, this one with a restricted white throat & reddish-tinged breast occurs from east Java to Timor. One or two pairs reside around Mbeliling where its powerful whistling call can be heard from the balcony. The female is mainly brown with yellow under the tail. 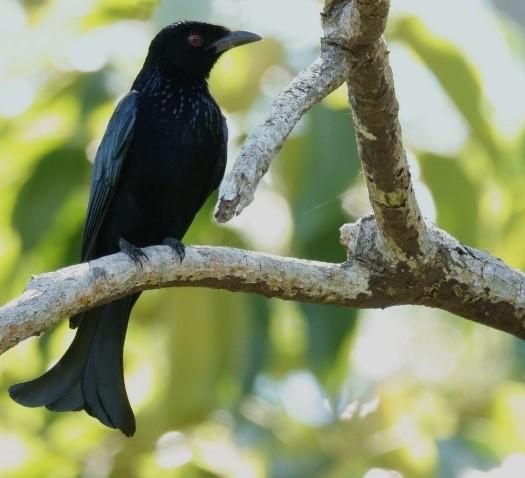 Drongos are glossy black birds with distinctive forked or elongated tails, which forage by darting after flying insects after watching from a perch. Considered by some authorities to be a race of the Wallacean Drongo the Flores Drongo also occurs on Sumbawa and many of the smaller surrounding islands. It is very common but shy at Mbeliling. 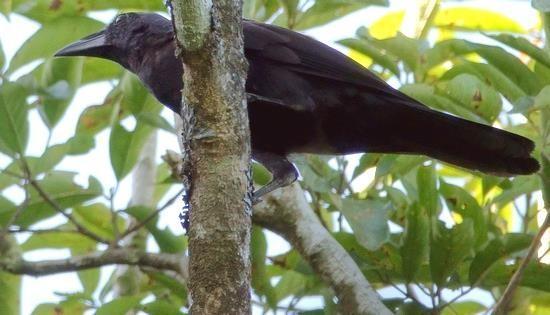 Very similar in appearance to other all-black crows throughout the world but very different in voice, behaviour and habitat. Endemic to Flores, rare and declining, now confined to the west. Occurs in forest where it is shy, seldom perching in the open. It has a variety of calls, some quite high-pitched, some whistles and croaks. Valery and Marinella found it close to the Lodge, evidently one of the very few sites where it still occurs. 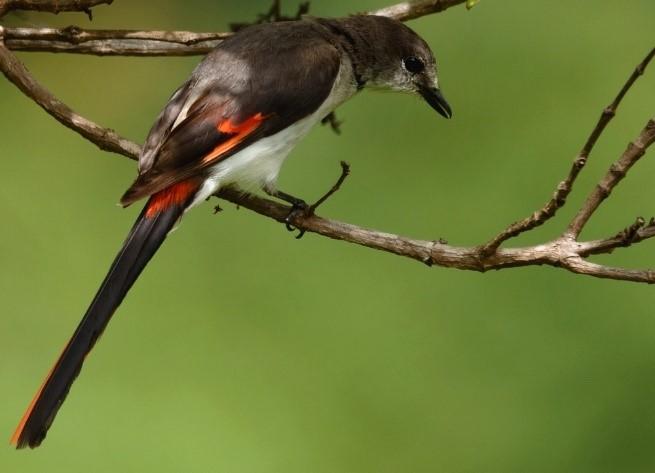 One of the smaller minivets and the only one on Flores, endemic to Flores and Sumbawa. Generally rather uncommon but occurs in a variety of forest habitat at all altitudes. Often perches in the open, especially high in trees. It is a regular visitor to Mbeliling. The photo shows a female, males have red on the throat and upper breast. 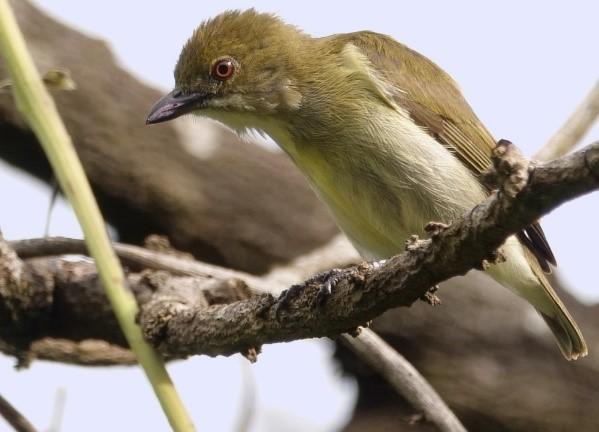 Although confined to the islands of Sumbawa and Flores, this rather dull flowerpecker is common in woods and forests, occurring also in disturbed habitat where it can find fruit trees, berries, nectar and pollen. Its oval nest hangs from the twig of a tree with an entrance at the side. Visitors to Mbeliling should also look out for the endemic and more boldly marked Flores Flowerpecker. 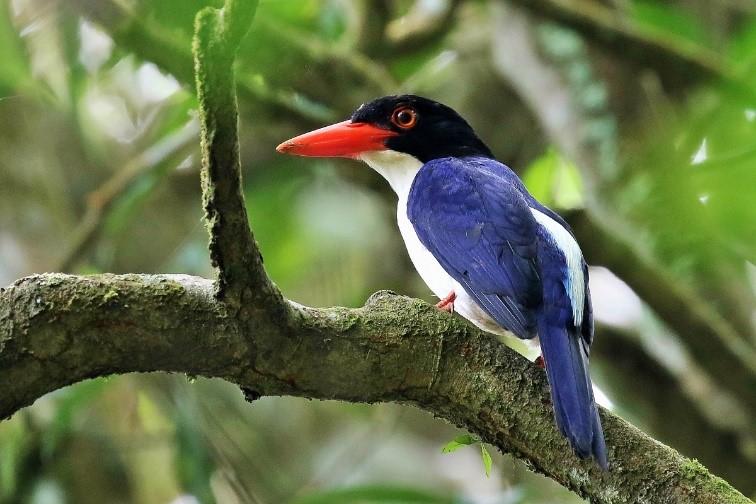 This is a forest kingfisher occurring in Lombok, Sumbawa and Flores. It is distinctive in being dark blue above and white below with a heavy red bill. The rump is not really white but pale blue. Its regular occurrence at Mbeliling is great news since EI shareholders have found it shy and hard to locate anywhere else. It feeds on insects and small reptiles. 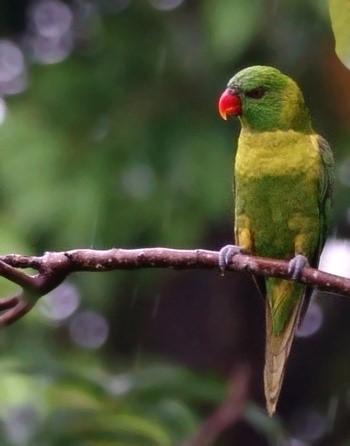 One of several parrots on Flores, but this is one of the lesser known species and is endemic to the island, also called Flores Lorikeet. Valery and Marinella were excited to find this at Mbeliling as it is a very poorly known parrot. The Leaf Lorikeets were recently seen feeding on shoots in a large deciduous tree outside the Lodge and numbers reached 30 birds.

In addition to the above birds, the following species have been recorded in the vicinity of Mbeliling Ecolodge:

Flores Hawk-Eagle – a large bird of prey, restricted to the Lesser Sundas. Hunts mainly over primary forest, has distinctive white head and underparts.

Wallace’s Hanging Parrot – a tiny green parrot with bright red bill, breast patch and rump. Feeds in flowering and fruiting trees where they are hard to observe.

Flores Scops Owl is endemic to the island and has been heard at the Lodge. There is a trio of Scops Owls on Flores, the other two, Wallace’s Scops Owl and Moluccan Scops Owl are worth listening out for as their range is poorly known.

Pale-shouldered Cicadabird – one of many similar cicadabirds of the region, this is confined to Flores and Sumba. In both sexes the wing coverts are paler grey than the rest of the upperparts.

Elegant Pitta – as beautiful as pittas anywhere, mainly yellow and green but with red and blue as well, black head and pale yellow supercilium.

Looking ahead to travel post-Covid19, I hope to resume my bird tours to Indonesia and take small groups of birders and wildlife enthusiasts to a variety of islands and stay at the company’s strategically positioned ecolodges. See: https://www.birdersrest.com

Please pass this information to interested parties on Social media through our links to :

For DONATE, Visit our official pages on our website https://ecolodgesindonesia.com/conservation-foundation/ with guidelines how to donate.

We need your support to protect this vital group of conservationists around key Indonesian national parks.