We are proud to offer our guests excellent local guides for tours and excursions from the Ecolodge properties. Our guides are either employed and trained by Ecolodges Indonesia or contracted specifically for a particular location. Some of our guides are becoming known worldwide for their passion and abilities.

Our guides are local Indonesian people who communicate well in English. They are experienced in hosting our international guests and are available for special group tours as well as private tours upon request and availability.

All are specialists in birding, mammals or culture. Please book ahead to ensure you get the guides best suited to your Indonesian adventure. 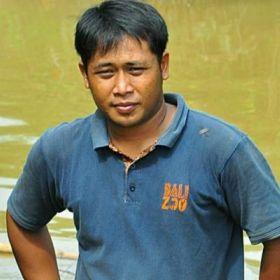 Heriono (fondly known as Heri) was born and educated to secondary school level in Lampung, South Sumatra. He joined Ecolodges Indonesia in 2007 to work at our Satwa Sumatra Elephant Ecolodge. The management became aware of his passion for birds and his birding knowledge and convinced him to become a Guide for our guests.

Heri is now a dedicated conservationist and is part of a local conservation group. He has been managing an internationally funded project to protect the critically endangered White Wing Duck in Way Kambas National Park.

His expertise is well recognised and he is a highly sought after guide. He is often booked well in advance by both small and large groups. Heri has also been used as a Bird Guide Trainer taking courses at both Satwa and our Rimba Orangutan Ecolodge. Heri is available for specialist Birding Groups. 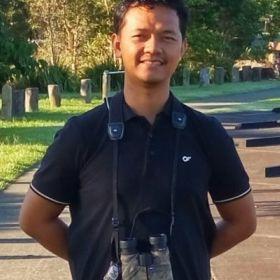 Ucok Hakim was born in Kumai, Central Kalimantan (Borneo) and was educated in Pangkalan Bun where he attended primary and secondary school. In his spare time, he studied and qualified in Accountancy. He joined Ecolodges Indonesia in 2006 as a member of our restaurant staff but worked his way up and is now Assistant Manager. During this process, he came to love and study the wildlife in The Tandjung Puting National park and soon became an expert guide.

Now Ucok is a member of The Guides Association and well-known throughout the world (see reviews on Trip Advisor and other websites) through the groups has guided and helped with Ecosafari Indonesia. He heads our guides at Rimba Lodge and is used extensively by primate and birding groups. 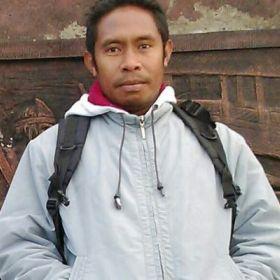 Patrise Tiba is the head of our Guide section at the Kelimutu Crater Lakes Ecolodge. He was born and educated in Flores, is married to a local girl and lives in the village of Moni. He has a Diploma in Education gained in 2005 and worked in local schools and seminaries.

Patrise joined Ecolodges Indonesia in 2014 and is now employed by our tours and travel section Ecosafari Indonesia. Like most of our staff, he has learnt on the job and has shown a talent for guest relations and guiding. He is currently a Level 2 Guide and is hoping to lift to Level 3 through a more detailed knowledge of birds. 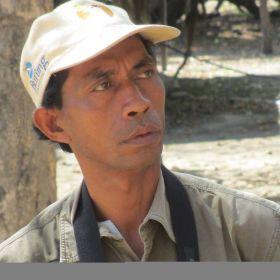 Sam Rabenak, our bird guide in Flores, has over 20 years service with "Birding Indonesia" and has taken many bird groups during this period all over Flores.

A friendly personality, he is a wealth of information. Sam lives near Lake Sano Nggoang, part of the Mbeliling Conservation area on the other side of Mt Mbeliling. 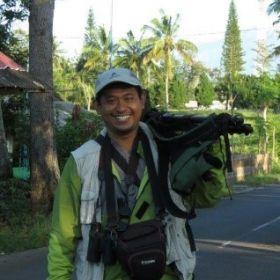 Hery Kusumanegara is a senior ranger in Bali Barat National Park. He has worked tirelessly on the conservation of Bali Myna, a critically endangered species and empowering the local community around the park.

Interested in birds since an early age, his patience, passion and keen eye are already well-known and he has become an accomplished guide to the birds of Indonesia. Good with logistics and with a hearty laugh Hery is very likeable. 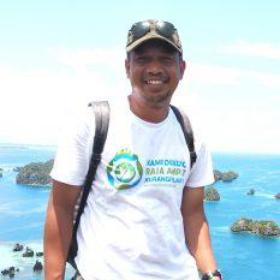 Gede Ori has served our company for over 15 years and has served in all our main departments including our Conservation section. Gede is now Head of Ecosafari Indonesia, our Tours and Travel Department. Gede has guided both local and international tours to all our lodges and is now running a once a year tour to all our lodges.

This will be advertised in our special tour section. Gede is also available to any group who wishes the services and an English speaking guide with a thorough knowledge of all the areas of our lodges.

SATWA SUMATRA ECOLODGE Even though the Way Kambas