The most important aim of our company ECOLODGES INDONESIA (ELI), which offer tour packages, is the provision of sustainable jobs for local people on the edge of wilderness areas. It is also aimed to be a conservation tool to protect the environment. We believe that it is one of the few methods to strengthen local communities as well as to support conservation. Especially against forces ruining their future generations by destroying their environments. You can watch how we empower the community and protecting the environment at the same time in a recent Youtube Video.

The pioneers of the company especially that bring great Indonesia tour packages including safari tour were born in East Africa. The area where they were brought up to respect the wonderful fauna and flora all around them. Ecolodges Indonesia is following the examples of locations in Africa eg the Masai Mara in Kenya.

The company, Ecolodges Indonesia has established six ecolodges with Indonesia tour packages.  Meryl Wilson (Founder member) contributed to designing and building four out of six ecolodges. Two of those lodges were purchased in poor condition and improved. Of these six, five have shown evidence of strengthened local communities some examples of which are below:

Positive Impact of Ecolodges Indonesia to The Community

In the Rimba, Satwa, Kelimutu and Mbeliling Ecolodges, over 100 local families now have permanent jobs. They also look to the environment for their sustainability. Local businesses, which depend on the lodges (food and drink suppliers, transport, travel partners, maintenance and computer suppliers), have created hundreds of more jobs.

At Udayana, through cricket, we have seen the creation of over 1,000 jobs in central and provincial government sports bodies in 18 provinces of the country.  They work in schools as sports teachers and also, private sectors with persons being paid to the umpire. They score and organize cricket tournaments all over the country. While this does not directly affect the environment, the company is known by many cricketers. 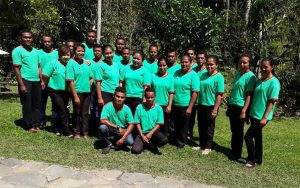 photo of our Kelimutu staff

This aspect is exemplified in the YouTube video and can be seen in individuals but also in communities. Good examples of individuals are our bird guides. Some of whom were bird smugglers and now are making more money as guides in our Indonesia tour packages. An example of a community is the village of Tanjung Harapan on the edge of the Tanjung Puting National Park.  Many of these villagers were removed forcibly from the park and now work for surrounding Palm Oil plantations. A significant number of the community are now involved in sustainable conservation activities.

Fire training at Rimba Ecolodge, with the staff of Tanjung Putting National park

There are two businesses selling seedlings of forest trees to local and international NGOs. A group of villagers has formed their own NGO called KARANG TARUNA (KT) who now have contracts with both local international organisations (eg Japan and Australia). The newly formed Ecolodges Indonesia company NGO the INDONESIAN CONSERVATION FOUNDATION – OUR WORLD has just signed a contract with KT to plant trees on 5 ha of destroyed forest (in the 2015 fire) using funds raised by Robina High School, Gold Coast, Australia.

Some of the communities around our lodges have changed government decisions. The village of Moni, the gateway to the Kelimutu National Park, has developed large numbers of homestays and small lodges due to the increasing of ecotourism in Kelimutu Crater Lodges. This has created a thriving, strong and developing community.

Recently, the whole community rejected a proposal by a Japanese consortium to build a five-star hotel by their sacred and precious crater lakes. This forced the local and central government to back off as this hotel would have not only removed vital sources of income for the local villagers but also interfered with the spiritual home of the Lio people. Ecolodges Indonesia, different from other kinds of hotel, offer Indonesia tour packages that also supporting the local environment.

4. Enhance the Conservation Knowledge with The Tour Packages

The education stimulated by Ecolodges Indonesia has many facets affecting our staff, guests and local communities. At the Mbeliling Mountain Ecolodge, we started with five unemployed, local young men. Those men who during the building process undertaken by lodge staff learnt building skills including pipe laying for plumbing and electricity, glass and steel cutting and bricklaying. Local schools receive education materials from our own staff and guests. All our staff who taking part in Indonesia tour packages are also trained in improved conservation techniques. We learn much from our guests and in return, we hope they learn from us. 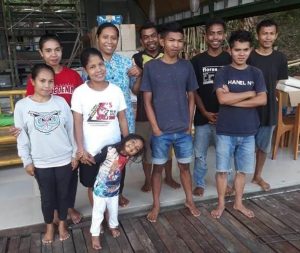 Our local staff at Mbeliling

Our first lodge (Udayana Kingfisher Ecolodge in Bali), handed over to Udayana University in 2011. It was not only the mother ecolodge, but also the base of the Udayana Cricket Club which was responsible for spreading cricket to local Indonesians for the first time. The game is now a national game and officially taught in schools on 18 provinces of Indonesia. 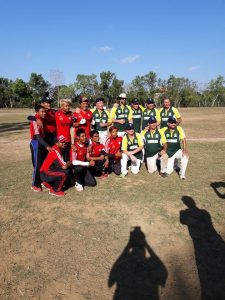 The above examples guide readers to the great potential of this approach by Ecolodges Indonesia. It is a unique company in Indonesia tour package business as it takes the risk of using only local people. We have seen many of our staff move from poverty to lower middle class within a few years. The impact of their families on conservation is now being felt.

We can simply conclude that by having Indonesian tour packages holiday with Ecolodges Indonesia, you are automatically supporting conservation and empowering the local community. 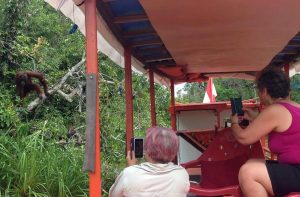